Mass Effect Andromeda is one of the biggest game releases of this console generation and for those looking to play it now, there’s no other way to do it on a console than with EA Access. For $5 a month or $30 a year, you can not only play Mass Effect Andromeda early, but also enjoy the entire trilogy via Xbox 360 backwards compatibility. The trial version limits you to a single full mission of the campaign, but lets you make your character and spend as much time within that 10 hour span in the multiplayer modes as well. It’s a 42GB download – so be sure to clear up some space if you want to download and try the game out early. PC users can also play it via Origin Access, which is basically the PC version of EA Access – only with games from other publishers on the service as well.

Child of Eden Highlights 360 BC Additions 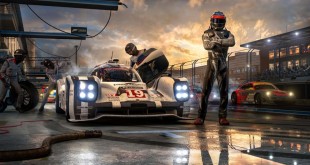